Are you running a campaign on Facebook? If “yes” then be prepared for the new “CBO” (campaign Budget Optimization) update of the Facebook ad campaign that has been launched on September 1, 2019. Now onwards your new and existing ad campaigns will be affected by this change.

There are a certain amount of advantages you will get from the CBO. Let’s have a look:

Not required too many hours behind bid adjustment to run a campaign. Campaign Budget Optimization will do that automatically. When CBO activates in your Facebook ad manager account, it automatically moves your ad budget to the corresponding ad set in a most effective campaign by specifying a goal for each campaign. You can better control your campaign goal like sign up a newsletter, download Ebook with CBO because all bid management will do automatically as per the algorithm.

Better Return on Ad Spend: Get Better Return on Ad Spend: From a recent survey reports it has been revealed that CBO working better and quiet smarter than human-managed campaigns. Not only that, after launching CBO the chances of getting penalized reduce during campaign assessment time by Facebook. That means you won’t get penalized when Facebook’s algorithm reassess your campaigns.

CBO is very efficient to measure your campaign. For that, you need to give time to acquire adequate data. For that, it requires at least 50% conversion per ad set weekly. So it has been proved that CBO is the best campaign optimization strategy. But to understand it’s work efficiency you need to conduct the test for a couple of weeks.

Creative assets like videos, elements for dynamic creative are required for each ad set to work CBO properly. Also, you should focus attention on your audience.

Since Facebook continuously changes its algorithm for advertising purpose, advertisers also have to upgrade themselves accordingly to optimize your campaign budget. 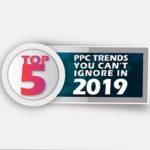 PrevPPC Trends in 2019August 30, 2019
The choice is Up to You Whether Choose Digital Marketing or Traditional OneSeptember 12, 2019 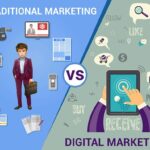 Are you running a campaign on Facebook? If “yes” then be prepared for the...

Among all social media channels, Facebook is the most popular one that is the main...